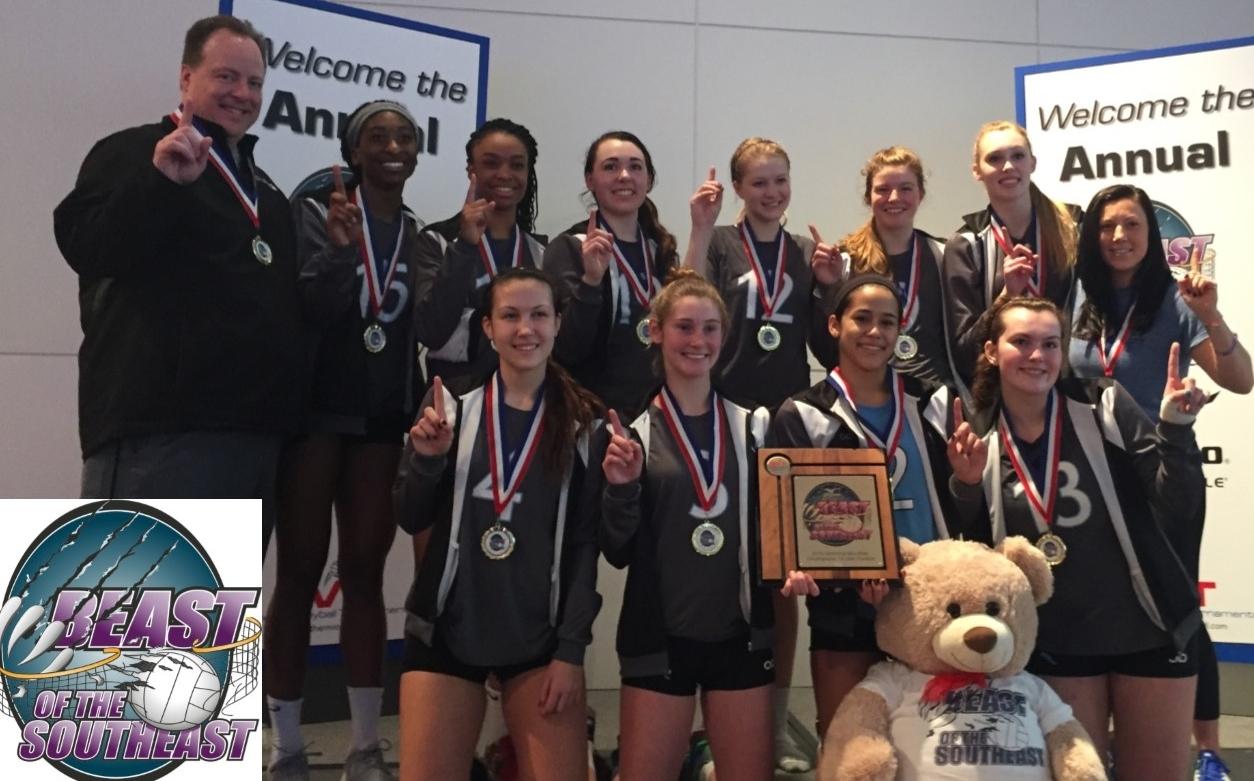 Securing the bid puts 18 Blue among 24 teams in the USA division of USA Volleyball's 18's Girls' Junior National Championship held in Milwaukee over the April 29-May 1 weekend. Coached by Jim Freeman and Caitlin Withers, this is the second year in a row Triangle's 18 Blue team has qualified. "The kids showed great heart and competitive spirit in winning the Beast of the Southeast this weekend." stated Coach Freeman. "We're so proud of their efforts, enthusiasm, and team-first attitude. They were a pleasure and inspiration to watch," he added. Broughton High School standout Tiana Butler was named Tournament MVP.

Members of 18 Blue as pictured are: