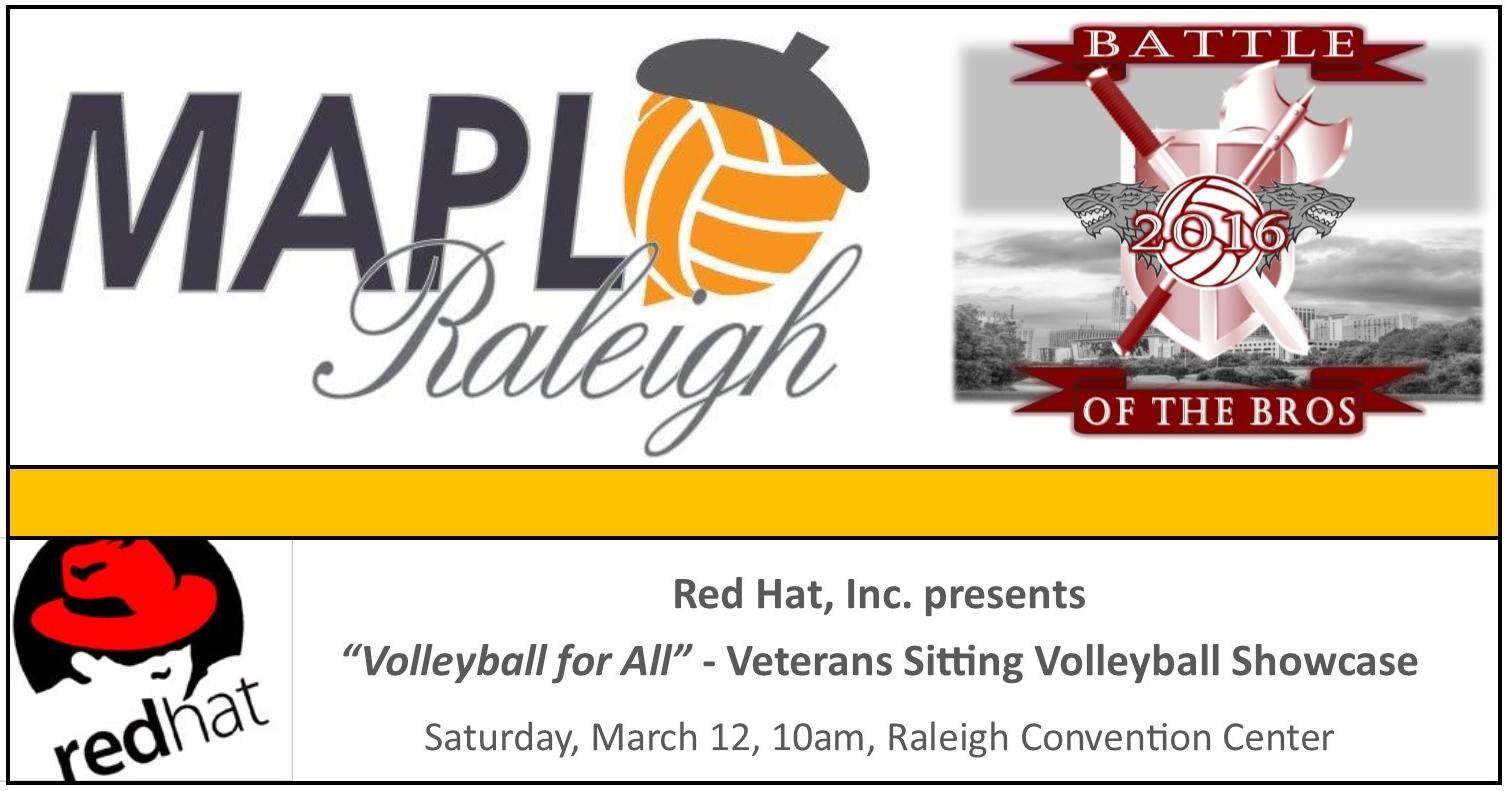 Raleigh, NC, March 4, 2016:  On March 12th and 13th 168 junior girls’ volleyball teams [U13 through U18] will gather in the Triangle area to compete in North Carolina’s premier junior event. The Mid-Atlantic Power League [MAPL] is a series of two-day competitions along the eastern seaboard for elite level junior girls’ volleyball and the annual Raleigh stop is hosted by Triangle Volleyball Club based in Morrisville. In 2016, the tournament will be played at two sites on a total of 31 courts. The Raleigh Convention Center [RCC] will host the oldest age groups and a first-ever Boys division on 25 competition courts in the 150,000 square foot exhibit hall space. Twenty-four thirteen and fourteen year old teams will play on six courts at Triangle Volleyball Club’s facility located in the Brier Creek area.

One special court at the RCC will be dedicated to a “Volleyball for All” Sitting Volleyball Showcase for military veterans. With support from Red Hat, Inc. and as part of Triangle Volleyball Club’s monthly outreach to the Durham VA Outreach Recreation Therapy program, this program invites veterans from the Triangle area and beyond to participate in sitting volleyball on Saturday, March 12. For more information or to register please contact Jenna Hinton, hinton@trianglevolleyball.org or visit https://trianglevolleyball.org/events/mapl-raleigh/volleyball-all-adaptive-sports-camp.

“Volleyball for All” has been part of MAPL Raleigh since 2012 and serves as an umbrella program for the numerous service projects Triangle undertakes each year designed to improve access to sport to those with physically disabilities or otherwise unable to gain access to opportunities for sport.

For the first time Triangle Volleyball Club will also host Battle of the Bros, a junior boys event on one court at the RCC. Two divisions 14U and 16-18U will participate.

MAPL Raleigh admission at the RCC is $7/day or $10 for the weekend. Doors open at 7am and play starts at 8am.