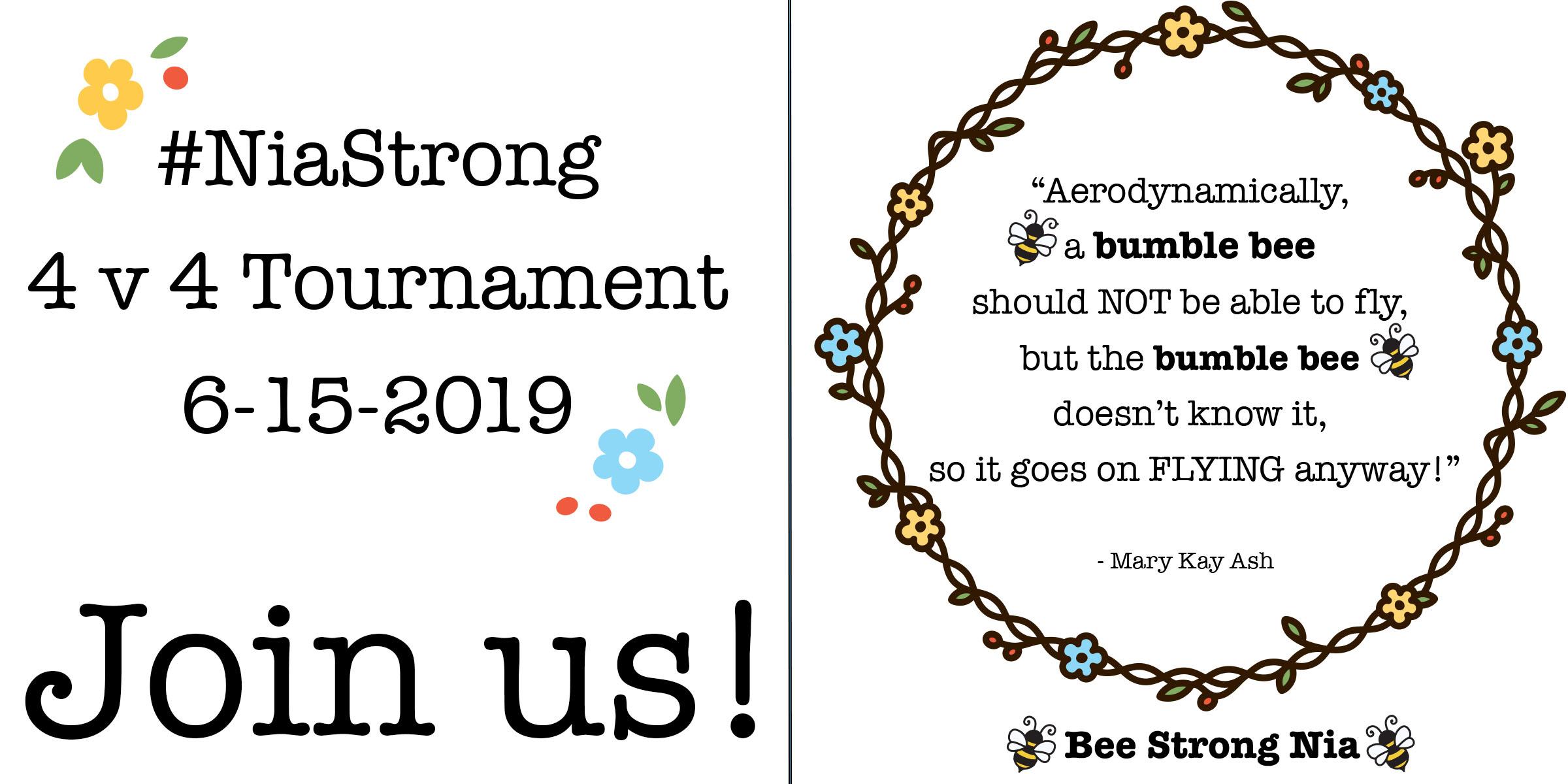 Former Triangle athlete Antonia “Nia” Kearney (Class of 2018) suffered a spinal cord injury that has taken her from the Neuro ICU at UNC Hospital to the renowned Shepherd Center in Atlanta. On Thursday, May 2, Nia developed a pain in her neck that progressed throughout the day and led to her losing sensation and use of her arms and legs. Upon further testing, doctors discovered that she has suffered from a blood clot on her spinal cord, leaving her confined to a hospital bed and unable to breathe on her own. To give her the best care and best chance at recovery, Nia was moved to the Shepherd Center in Atlanta on May 22 where she will stay at least until the end of the summer.

Those who know Nia love her for her kind heart, contagious spirit, and tenacity on the court. A member of the Howard University volleyball team, Nia helped her team to the MEAC Championship and an NCAA Tournament appearance. Choosing to return home, she has been juggling two jobs and classes at Wake Tech, both of which had to be put on hold due to these recent events.

She’s attacked her situation with as much optimism and open mindedness as one can, inspiring friends, family, and doctors alike. A favorite nurse of Nia’s recently likened Nia’s ferocity in the face of such great adversity to that of the bumble bee. By all calculations and scientific measurements, bumble bees should not be able to fly since its wings are considered too small to support the weight of its body; but, bees fly anyway. As things got harder and the move from North Carolina came to be the best plan, she told Nia, “Nothing is impossible as long as you have will.”

With this newfound will, Nia has made great strides. She’s regained movement of her fingers and toes and is optimistic that regaining the ability to breathe on her own is the next step. Still, she has a long way to go. Following a nearly 3-week stay in the UNC Neuro ICU and adjusting to a demanding recovery program away from home in Atlanta, we want Nia and her family’s focus to be solely on her progress.

Please join us for our Nia Strong 4v4 Tournament on Saturday, June 15, 6-10pm, at Triangle Volleyball Club (new location at the WCC). We will have an evening full of great volleyball, food, and community. ALL ages are strongly encouraged to attend and all proceeds collected will go directly to the Kearney family. Tournament details are below and we hope parents of former vball players won’t shy away from the Adult recreational division.

Donations including items for our raffle will be graciously accepted.

Updates on Nia’s progress are posted on Nia’s Go Fund Me page.

We will have multiple age-level and competitive divisions. Final divisions/format will be guided by the number of participating teams and the competitive level. Check out all the details below. For additional information please contact info@trianglevolleyball.org.

WHO: anyone who wants to play volleyball to support Nia. Teams can be female or Co-ed* only.

SCHEDULE will be released no later than Friday, June 14 but please plan on arriving at 5:45pm on Saturday for opening ceremony

SPECIAL RULES: male players are only able to attack from behind the 10' line. *There must be at least one female on the court at all times.

AWARDS/PRIZES will be given to top finishers in each division.