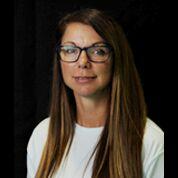 Hinton brings over 20 years of teaching and coaching experience to Triangle at the middle and high school, club, and collegiate levels.

Hinton created, developed, and directs Triangle’s tremendously successful Youth Volleyball Program (YVP). Her club teams have earned regional championships in 2006, 2008, 2009, and 2011. They have qualified for USAV Junior Nationals in 2006, 2007, 2008, 2009, 2010 (top 10 finish), and 2011. In 2008 15 Black became the first 15s team in the history of the Carolina Region to qualify in Open for USAV Junior Nationals. In 2013 Hinton received the USA Volleyball Junior Club Director Award in recognition for her contributions to the growth and development of sitting volleyball in the Carolina Region. In addition to this honor, that same year she was a presenting speaker at the USA Paralympic Conference held annually at the USA Olympic Training Center in Colorado Springs, Colorado. In 2013 Hinton also collaborated with a local Paralympic sport club (Bridge II Sports) and the Duke University School of Engineering on a project that led to the design, development, and production of a sitting volleyball chair that enables people with physical disabilities to play the sport of sitting volleyball. Hinton is a 2008 recipient of the Robert L. Lindsey Meritorious Service Award for her outstanding contributions to North Carolina volleyball, and she was the inaugural recipient of Triangle's Sam Casey Caram Excellence in Coaching Award, which is presented to the coach who best demonstrates exemplary dedication and commitment to the mission and goals of Triangle Volleyball Club. In 2018 Hinton was selected by the American Volleyball Coaches Association as the 12s Club Coach of the Year.

Hinton is a certified USAV CAP II level coach and served for many years as a IMPACT instructor for the region. Hinton also serves as the sitting volleyball coordinator for Triangle.

For the past 5 seasons, she has been at the helm of 12 Black while serving as the Master coach for the 12U program. The Triangle 12U program grew to over 70 athletes in 2018, forming 7 teams, the largest 12U group in Triangle history. In 2018, Hinton was the recipient of the American Volleyball Coach's Association 12U National Coach of the Year Award.