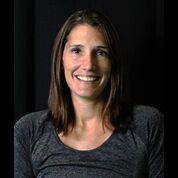 Illinois native O’Connell was a standout student-athlete at NC State (1998-2001) and has over a decade of coaching experience at the high school and club levels. O’Connell, a former middle school teacher, was the head coach at Apex High School from 2007-2011. During her five years at Apex, her team won the Tri-9 conference title four years in a row, and she was named the Tri-9 Coach of the Year in 2008, 2009, and 2010. In the 2010 season she led Apex to its first-ever NCHSAA 4A State Championship and the school’s first national ranking.

During the 2018 season, O'Connell expanded her role at Triangle moving into an administrative position, working predominantly with the technical direction and recruiting support services.

O'Connell lives in Cary with her husband, Brian, and their two daughters, Alexis and Kallie.